Once upon a time there was a house full of divorced women who did not sew.
No beautiful little red coats or beautiful little blue trousers.
The children’s clothes, purchased at Sears,
mass produced, not very unique, but good enough.

Every month the fathers would visit and take the children to fun places,
like the amusement parks, Chuck E. Cheese and church bazaars.
No beautiful green umbrellas or lovely little purple shoes
with crimson soles and crimson linings.
Only flammable stuffed monkeys and glow sticks.

Most of the time, the children were on their own and passed
time shoplifting glue and smoking skinny cigars in the woods.
One day Little Pink Brittany found a jungle and suggested they explore.
“That jungle smells funny,” warned Little Peach Paulie.
“Not as funny as your mom,” laughed Little Taupe Tabitha,
“Let’s investigate, maybe ganja grows wild there.”
Little Mauve Melvin’s eyes twisted left, “We could cultivate
the ganja, become gangsta farmers, start our own syndicate!”

The children proceeded, they proceeded to get lost in the jungle.
The jungle owls were warming up, one by one the children cried.
By and by they met a tiger, “Aren’t you all adorable in your
matching little yellow sweats and little yellow hoodies.
I could eat every single one of you right up!”
“Who are you?” asked Little Amber Ambrosia.
“Why I’m the grandest tiger in the jungle!”
Up above in the treetops the leopards laughed, “Not in those stripes!”
The tiger shook his paw in the air, “Haters!”

“It’s almost night, you kids shouldn’t be here.  It’s not safe.
Climb on my back and I’ll take you home to your mothers.”
“We’re not leaving without the ganja!” protested Little Beige Timmy.
The tiger sighed, “There’s no ganja in this jungle, only coconuts.”

But the children knew this was a lie for they could smell the ganja,
the tiger smelled as if he had been soaking in it from birth.
Little Auburn Emily pulled out her sharpened toothbrush and demanded
“The ganja or your hide!  You’re not the boss of me!”
That tiger somehow seemed to know how to think like a tiger,
like a paranoid tiger stoned out of his whiskers.  Instead of gobbling up
the little children, he ran, round and round a tree,
faster and faster until he was whirling round so fast his legs
could not be seen, it was more that just a blur, he was melting,
melting away until there was nothing left
except a great pool of melted butter.

“Can we smoke that?” inquired Little Speckled Sarah.
“I don’t think so, but I bet we could cook with it.” said Little Freckled Furman.
So the children scooped up the butter in their sneakers
and found their way home after torturing a turtle for directions.

When the mothers saw the melted butter, they were pleased!
“Now we’ll all have pancakes for supper!” and the whole family
sat around a huge big plate of most lovely
pancakes, yellow and brown as little tigers.  The mothers each ate
twenty-seven pancakes, the fathers came over and each ate fifty-five
and the children each ate a hundred and sixty-nine
because they were so hungry. 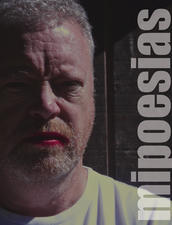